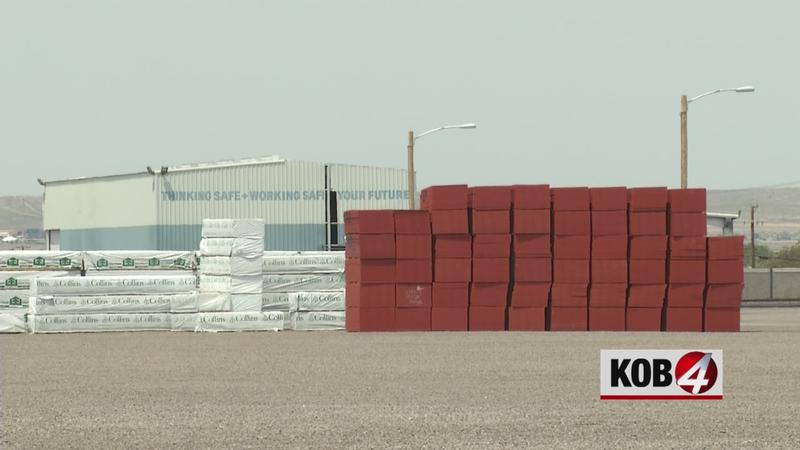 ALBUQUERQUE, N.M. – A New Mexico business is in the process of creating a foreign trade zone which could have a huge impact on the local economy. New Mexico Transloading said it’s already received government approval but won’t be up and running as an FTZ until early October.New Mexico Transloading President and CEO Jamin Hutchens told KOB the move could help create hundreds of jobs in the area “This property will be used for our use and our existing companies but this is a great economic catalyst to bring other future companies,” said Hutchens.A foreign trade zone is a designated area within the United States where certain goods can be imported without going through formal duties.It’s also the first rail-served foreign trade zone in Albuquerque.Hutchens said a lot of companies depend on trucks for shipping, but he hopes the new trade zone will encourage more businesses to ship with trains.Brian Connell is in charge of New Mexico Transloading’s business development and said, “It can hold about four truckloads so that right there is an economic benefit.”According to New Mexico Transloading, companies can also pick their products up in batches so they don’t end up paying all the tariffs at one time.Connell said, “A lot of benefits would be for companies to be able to control their tariffs and duties. We would be able to ship in bond. Several companies need to ship from Asia and from Mexico and Latin American countries that are shipping – they bypass the customs checkpoints and customs would go ahead and do their checks here.”Hutchens added, “The benefit for future companies coming into New Mexico, as well as existing, is that enables them to either differ or eliminate their duties and taxes that they pay on those products.”
Source: KOB Channel 4

This site uses Akismet to reduce spam. Learn how your comment data is processed.